A downloadable game for Windows

This game was created in it's entirety within a week for the 2018 Epic MegaJam. Unfortunately, in the last hour before the submission deadline, UE4 gave me an error every time I tried to package it, so I was not able to enter it into the competition. I was very upset about this, because I put a lot of hard work into it, and could not find a way to contact anyone at Epic Games for help. If anyone knows a way to forward this to the right people, please let me know!

That said, the game starts pretty abruptly, and doesn't tell you much. I think that's the best way for this game to start, and I think it's better to play it for yourself, as the story is intended to be discovered rather than explained. There is a depth to this story that may not be intuitive, and I'm happy to discuss it with anyone who is curious. But by all means, please play it for yourselves, and feel free to discuss any theories you have about it. I really liked the story that came out of this, and I would consider a future remake, and possibly expanding the world/lore of this game, if people are into it.

Please expect better, scarier, more realistic games in the future. I have one in the works that is sure to keep you up at night, and away from dark rooms and hallways. Happy playing!

This game is a unique one, and honestly, before I even talk about the game, I just want to talk about the soundtrack. Now, I don't know why, but I absolutely love the music in this game, and how it gives off the impression that you are playing a game that is everything but a horror game. Of course, I'm not stupid, I've played the game. There are aspects of horror in this game that stray away from your typical 'jumpscares are the only horror in this horror game' horror game. Such as loneliness, which can give birth to fear. Or the feeling of being trapped. However, I feel like it isn't the horror that makes this game stand out to me, but the music. Initially, I found this game completely by chance as I wanted to have a game to record and put up on my tiny YouTube channel. Upon my first impressions of playing the game, I feel like I really missed the point and it is made fairly evident in my video. The music to me not only sounds appealing and had me vibing multiple times while playing, but is composed in a manner that perfectly fits, compliments, and emphasizes the little short story that is being told here. Of course, I won't spoil anything major, but in The Mirrored World, it became clear to me why the music is seemingly reversed and why there is such a bittersweet and lonely tone (Mostly lonely for me) in the tune. This is made even more evident when exposed to the tune in The Real Room, which seems to actually move forward and has a more uplifting and hopeful tune that is surrounded by this feeling of newfound freedom despite sounding very similar to the tune in The Mirrored World. To the story, this is obviously important for reasons I won't delve into as I don't want to spoil the majority game on the official game page. That'd be foul, LMFAO. But of course, this is a game that is rather vague in its story and is up for multiple theories and speculations upon what it could REALLY be about. However, I can be wrong. Anyway, one last theory I found to be quite interesting was why the guy is smiling in his reflection despite being kept 'there' by 'him'? And the answer is quite simple. That is not his reflection. It is him, but it is NOT his reflection... Take that as you will.

Finally, I'm done with my little ten-minute essay. Sorry for that. Anyway, I want to give a round of applause to Matt Reeves for creating such a great, thought-provoking game. I didn't think much about the game when I recorded it and honestly, I'm quite upset with how bad I misconstrued the story in my video. But to be fair, I was vibing to the music too often anyway. That's what you get for making such a great, yet simple soundtrack, Matt. It's your fault!

Aw, thank you so much for this awesome post! I'll send all my thoughts over to your YouTube video :)

So, after playing this, I thought it was cool. I do wish you included a sound controller, but I understand that it is a game jam. Overall I really liked the feeling of it! I hope you make longer and more in depth games later (With a sound controller! XD)

Gameplay of your version of the game (the original) uploaded now ~

I've just played it!  Edited : (that's the other version of the game)

Hey, thank you, I appreciate you posting! However, this is the wrong version of the game; you actually played my friend's remake of my game (I can see how that would be an easy mix up). Would you mind posting this on his page? It would help him out a lot! Also, if you enjoyed the concept, feel free to play the original on this page as well :) I'll check out your video though!

Here's the link to Aaron's verison:

He Keeps Me Here by Aaron Wise (itch.io)

Oh, sorry for that :(  I saw his page and didn't imagine there would be 2 versions, although that's very interesting. I just googled the name after playing to comment and chose the wrong page. I will post to his page as well  though and play your version,too. Yours looks really nice, too.

I finally got around to playing this one and I'm glad I did. I know it's a short experience but this game really stands out to me for some reason. I think a lot has to do with the music which I love. I really relate to the message that I pulled from the game too. The mystery, the spookiness, the music, it's just all around a great time. Feel free to check out my playthrough where I'm dumb and make a 3 minute experience into a 15 minute one and gush about the music for half of it lol. Thanks very much for making it!

Mexican Streamer/Youtuber, I started recently and love short horror games, I actually got a jump scare from yours but it was really fun. UwUr

Hey, thanks so much for playing! So glad you enjoyed it!

Reply
Beef Gravy Studios271 days ago(+1)
This was a great time! Awesome!
Reply
Leoharp289 days ago

Hey there! Just wanted to say thank you and that I love the idea and creepy feel I got playing this game. I hope to see more content from you in the future!

Another great game. This sit he video I made on it

Thanks so much for playing, I'm glad you enjoyed it!

Yet another great game! As always, the character design is perfect! This had a surreal feel to it and I found my own meaning behind the story, although I'm sure i missed the mark a bit lol. Here's my playthrough:

I really enjoyed this short. The message I pulled from it really hits home. Good work. Thanks so much!

Yet another great game by Matt Reeves Productions, after playing two lines and watching his video for nemeses i saw two other games i have not played by this creator.

I am again taken back by the creativity and uniqueness of the game which again carries a "hidden meaning" of sorts , i will be playing both "look for me" and the nemeses demo very soon!

Feed back for this game is all positive the music is spot on this would make a great game if it was fleshed out and find out more about "her" and more about how "he keeps me here" this feels like a nostalgic dream sequence before an awakening, a must play!

A fun little game with a good atmosphere. We liked it very much.

Short but enjoyable little game. Great atmosphere and music. The creature outside, just standing there was pretty creepy.

Thanks so much for playing!

Fantastic game! Really deep but manages to relay a message without shoving it down the audience's throats. Beautiful and thrilling, definitely convinced us to consider checking out your other games! Thank you for this masterpiece.

Thank you so much for playing! Really enjoyed the video!

Thanks likewise for the game, and for checking us out! Keep doing great things :)

Love love love love love this game!!!! You have done a damned fine job with this and you've managed to tell a great story without actually telling a story which is really impressive

Thank you so much for the kind words!

This game is a GEM.

Hey Matt, I really enjoyed this. It always amazes me how much thought goes into the design of your games. The audio is very clever *NO SPOILERS* and I like how you find ways to create meaning & it's never just "here isd a monster, here is a setting, go have fun". There is ALWAYS a purpose & design choice in what you do & it really goes a long way. I hope I got the idea behind the game in my summary at the end :)

we love the idea of the game! short sweet and thought prevoking. im just a potato gamer and thought i broke the game! nonetheless awesome game

Scared my pants right off! That said, i'd love to know what the story was about, 'cause it isn't very obvious at any point in-game. My first thought was maybe this creature represents depression or something similar, which the title would make sense with that in mind. I loved where this was developing, and the scare build-up was pretty good. Definitely worth a play and looking forward to future endeavors!
Reply
Vindikut2 years ago

very fun and scary game wish it was longer cant wait for more of you games!!

Really cool game! Made me think and was strange but I loved it!

this was wack maaaaaan. I loved it.

Awesome game!  I enjoyed playing this alot.  The game definitely felt like a story your suppose to like figure out as you keep playing more of this game  instead of the game just explaining everything to you.  :)

i liked the music i think it fit the scenario very well :D

Smash that like button. Smash that mirror. Smash everything! We're trapped and we can't get out!

What happened to the video? I would love to watch it!

Crap! I forgot scheduled videos can’t be viewed even with a link sorry! It comes out tomorrow at 2pm est! :)

A nice but very short game. Well made for six days and has a great little twist to it. Music fits the game well and had no problems with it. Great job... :)

Enjoyed this game Thanks for you efforts developer

Cool game. I didn't really understand the story, but it was well done.

Neat game.  I enjoyed it!  Check out my video on YouTube!

This was an interesting play. I'd love to see you do more with the monster in the future. I get in this game it wouldn't fit the theme you were going for ((which I won't spoil so others can get the experience :P))

Your game starts at the 7:35 mark
Reply
Viewing most recent comments · Next page · Last page 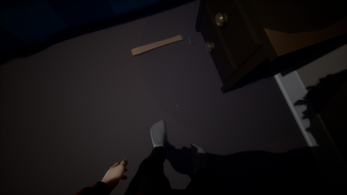 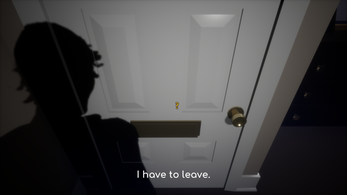 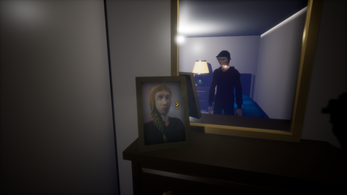 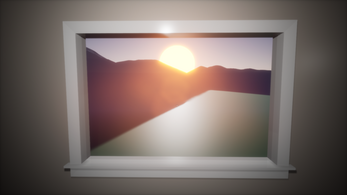